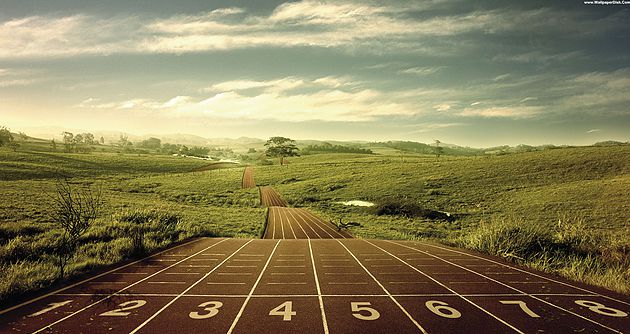 In 2012 I ran and completed the Des Moines Marathon, don’t look up my time it’s kind of embarrassing. My goal for that race wasn’t to come in first for my age division or even finish in the top fifty it was simply to finish. The race itself was brutal and exhausting but I never would have been able to finish without the training. Those twelve weeks of running helped condition and tone my muscles and cardiovascular system to enable me to complete that run. I had to be willing to put in the time in order to achieve the end result.

There are a lot of similarities between completing a marathon and building a solid network. For starters, both take time. People continually share stories about how networking just doesn’t work for them. When I ask how long they’ve been networking I generally hear anything from a few weeks to a couple months. Most people want instant gratification and when they don’t see a return immediately they give up. The fact is a good network takes time to build. New connections need time and positive experiences to develop trust and refer business just like human legs need time to adjust to long distance running.

Along with time, both activities require effort and follow through. Around the sixth week of marathon training I was ready to throw in the towel. The miles were piling up and my body was breaking down. At one point I simply wanted to give up. The same can be said for building a network. There are numerous times when I don’t feel like attending an event or meeting new people. It’s okay to take a day off now and again, as long as it stays at just a day or two. Relationships need to be fostered in order to grow and that can only be accomplished through effort and follow through by both parties.

Finally, both marathons and good networks start with that first step. No one ever completed a race from their couch just like no one built a great network sitting in their car or office. That first step doesn’t have to be a 10k or an event with 300+ people. It’s okay to start off small and go a lap around the block as long as you’re trying something new and giving yourself the opportunity to meet new people. I believe the following quote holds true whether you’re in to running or not –

“No matter how slow you go, you’re still lapping everyone on the couch.” – unknown

So, who are you going to lap today?