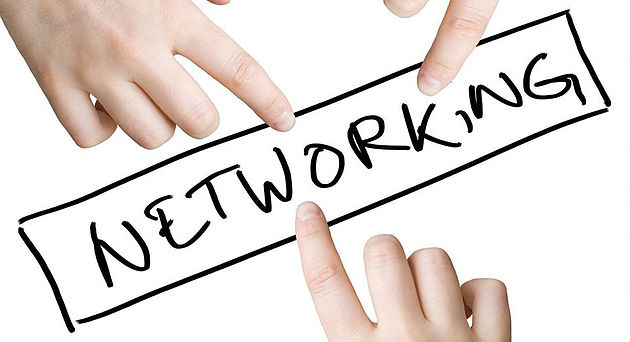 As a society we are at a unique point in history.  Anyone can now text, message, email or tweet virtually any human being across this planet.  We no longer have boundaries or limitations when communicating.  This continuous flow of information has us more connected than ever while simultaneously allowing us to be completely alone.  The art of face-to-face communication seems to be diminishing as each new smartphone or tablet is sold.  In this age of constant virtual communication, is the value of a handshake and eye contact diminishing?  I don’t think so.

Networking is the latest buzzword in social media and the professional landscape right now.  It is the “bandwidth” of the 90’s or the “synergy” of the early 2000s.  Open a sales book, listen to a motivational speaker or log in to your LinkedIn account and I guarantee someone will be talking about it.  But what exactly is networking and why is it one of the most overused words of the past two years?

By strict definition networking is, “The exchange of information or services among individuals, groups, or institutions; specifically:  the cultivation of productive relationships for employment or business.”  (www.merriam-webster.com) There you have it.  Networking is people exchanging ideas and products with others for some sort of gain, either professionally or personally.  It really is that simple.  However, this definition leaves out one very important aspect – how that information is being exchanged.

With the invention of social media, i.e. Facebook, Twitter and LinkedIn, the flow of ideas and information has become so easy it is impossible to stop.  This increase in connectivity has allowed new paths in human communication and interaction to open while bypassing traditional methods completely.  The generation of Social Networkers can talk 24/7 through multiple channels of digital media while completely ignoring face to face or actual human interaction.

A classic example is a story I’ve heard multiple times from any parent with teenagers.  The son or daughter asks if they can have friends over to hang out.  A night is arranged and half a dozen kids come over for movies, games and food.  The parent realizes after a while that there is no noise coming from where the kids are located and goes to check on them.  When they enter the room all of the kids are looking at their phones, texting.  No one is talking or watching the TV.  The parent asks who in the world they could all be talking to and one teenager quickly responds, “oh, just each other.”

This development has led to a generation of super connected individuals who don’t actually know how to speak to one another.  In some extreme cases having a live conversation without the added benefit of pausing to think about the next text message makes face-to-face interaction nearly impossible.  That is why I decided to write this book.  To share my experiences and stories about networking and debunk the myth that it is no longer necessary.  To the contrary, I’ve found networking is the key to unlocking not only business success, but also personal success.

The great thing about networking and the social age is that anyone can now network.  Don’t believe me?  Have you ever posed a question to your social network or asked advice of trusted friends?  It could be as simple as looking for that next great restaurant or searching for a connection at a business you would like to work for.  These simple exchanges are the essence of networking whether you consciously knew you were doing it or not.

It cannot really be that simple can it?  Look back at the definition – people exchanging ideas or services for personal gain.  By asking the advice of coworkers or friends and listening to the advice given, you have completed a social exchange that can be labeled as networking.  Your coworker gets to exert some influence while you get the recommendation you were looking for.

This is the simplest and most effective form of networking.  The relationships and trust that are needed have already been formed, sometimes over a lifetime.  Moving into a more professional or determined networking strategy takes actual planning and effort.  When done right, the process of networking becomes as simple as asking a question on Facebook and waiting for a reply.  You just need to know what you want your outcome to be and ask the right people the right questions.

I’ve found that the key to forming this professional or personal network is threefold:

When I started my first actual sales job I attended a seminar to teach me exactly how to sell payroll services.  After three long days, and more acronyms than a government agency, I was ready to hit the streets and make my fortune.  I had learned all of the lingo and was confident in my ability to talk payroll with anyone who would listen, but that was the problem. No one wanted to listen.  During my first three months of cold calling, I faced rejection after rejection.  I began to question whether sales really was the field I was destined to be in.

During that third month while reviewing my training material I read something that made me rethink my strategy.  It went something like this– the first year of payroll sales is the hardest.  During that year the salesperson needs to be building a referral network of trusted partners.  By building long-term relationships with various influential groups the salesperson will begin to receive warm leads that will be much easier to close than those obtained cold calling.  My strategy changed that afternoon and I began reaching out to bankers and accountants in order to build my network and make known the services my business offered.

I would love to tell you that the change was instant and I started receiving business the same day, but I can’t.  I was starting my journey with networking by building a professional network.  However, it took time to build the required trust for my fledgling network to begin sharing leads.  This is the first hurdle most people never overcome.  They don’t give networking enough time to actually work because society is so interested in instant gratification.  To some people it seems that networking is a waste of time because it takes so long for results to come.

The benefits of networking will far outweigh the time commitment if the proper amount of time is given.  Which leads to the third point of using the network you have taken the time to create in order to help others and yourself.  Once trust is established business will come.  But it does not have to stop there.  A good network can help you achieve any number of goals both professional and personal.  All you have to be willing to do is help those you connect with and they’ll be willing to help you