How Hy-Vee Made Me a Colts Fan 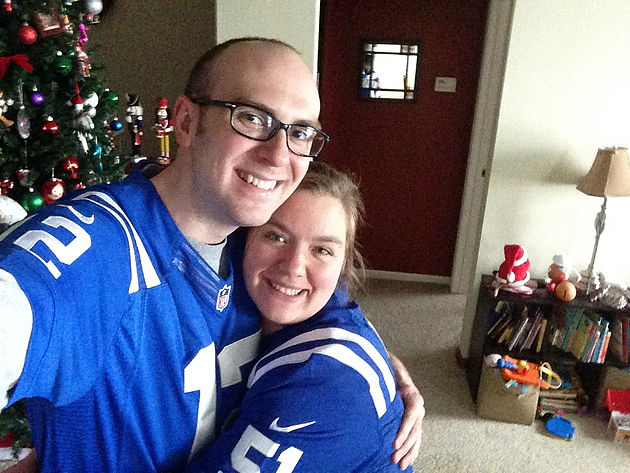 When I was 22 the store director at the Pella Hy-Vee called me into his office and asked me to have a chair.  My mind raced as to what I had done to give him a reason to call me in.  We exchanged pleasantries, talked about the weather, and then he leaned in and asked me if I really wanted to be a Hy-Vee store director someday.  I immediately replied that of course I did.  The next few sentences changed my life.

“If you really want to be a store director then you have to pick a sports team and follow that team.  I don’t care if it’s professional, college, basketball or football.  Just pick a team and watch them.”

As a drama and music kid I was perplexed.  Why would I need to know about sports or be able to talk about it?  I had it made it this far in life without it, so why start now?

“Because, when you go to meetings or you’re talking with customers, sports is something that 90% of the population will be able to relate to.  It’s common ground.  And it’s a lot more fun to talk about than the weather,” was his reply.

That was 2004.  In 2006 the Colts won the Super Bowl (over the Bears no less) and I’ve been a Colts fan ever since.  I can tell all kinds of stories about various games, where I was and whom I was with.  Multiple conversations have been started or have centered on sports with prospects, clients, strangers, and friends.  I have to admit I thought my store director was crazy back then.  However, being able to talk about NFL and college sports has opened many doors for me.

I can’t contribute everything that I’ve accomplished to being able to talk about sports.  Has it made introductions easier?  Sure.  But I also think it has to do with the passion that comes from talking about sports.  From being totally and completely vested with a team and the outcome of their season.  That’s what really gets people going.  The passion they see in the person they’re communicating with.  People are drawn to that passion and excitement.  They want to share their experiences and common feelings.  That’s why it works.

Success doesn’t totally rely on being a sports fan.  It centers on being passionate about something and sharing a good story.  Don’t be afraid to share your passions and be ready to listen when people want to share theirs.  Then watch as the connections get deeper and relationships build.