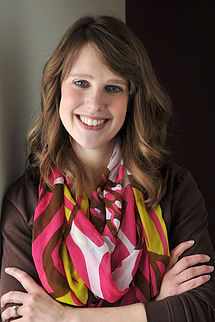 Warning: Reading this guest blog will not make you a better networker in 5 steps, get you more quality clients or make you instantly 10 pounds lighter. It will hopefully make you feel better about yourself (“wow I’m in much better shape than that chick”) or at least let you know you aren’t alone on this business journey.

Ever since I can remember, I’ve dreamed of being my own boss…ok, to be completely honest, my teenage dream was to work from home in my bunny slippers and PJs (The PJ thing never happened, but the bunny slippers are my constant companion during the winter months). When I first decided to jump into the entrepreneur pool eight years ago, it was scary. As a solopreneur, I knew I would be wearing lots of hats; CEO, CFO, Designer, Salesperson etc. The work didn’t frighten me as I had been employed as a graphic designer for seven years. It was the selling that kept me awake at night. I hated being sold to and didn’t want to put others in that situation.

While reading “business how-to” books and talking to other entrepreneurs, it was clear that selling would be essential. However, the days of the pushy salesperson were quickly going away. Networking was the new selling. Reading this blog, you know networking is about having a conversation, building relationships and earning trust. Having a friendly conversation? Yep…I could do that!

I won’t lie; those first networking events were scary…especially for an introvert like me. While entering a roomful of ‘strangers’, I frequently found myself daydreaming of being curled up on the couch with a good book in one hand, wine glass in the other. But I knew if I didn’t put on my big girl pants and get out there to meet people, my business would never get off the ground. The old adage “it’s not what you know, but who you know that counts” sounds cliché, but is still just as true today.

I started with what I considered the established business groups, my local Chamber and Jaycees. Within these two groups, I met people who graciously connected me to other people and networking events. Go ahead and ask for networking recommendations. People love helping other people and as Des Moines is an awesome networking city, you’ll have your calendar filled in no time.

Over the years, it has become easier to network. (Yes, there is hope for you!) It isn’t unusual for me to walk into a room and recognize at least one person, which definitely helps. I never try to meet the entire room. My goal is to have quality conversations with at least two people. I think of it as an opportunity to hear other people’s stories, some of which are truly inspiring and amazing.

Does networking really work? Sure does! Looking over my current client list, at least 75% are people I have met directly or indirectly though networking. As someone who works in marketing and advertising, I still believe traditional and digital marketing have their place, but when it comes down to it, it is all about gaining trust before making the sale. Since I am the face of my business, getting people to know and trust 1809 Design is the same as getting to know and trust Cinnamon. Networking is the key to my success.

I wish you the best on your networking journey.

Cinnamon Rost has been a professional graphic designer for 14 years and a solopreneur with her business, 1809 Design, for over seven years. She provides a variety of design services for ad agencies, marketers and small businesses primarily in the Des Moines area. When not designing, she enjoys reading, gardening, crafting and helping her husband, Ryan, with his business venture 515 Brewing Company.