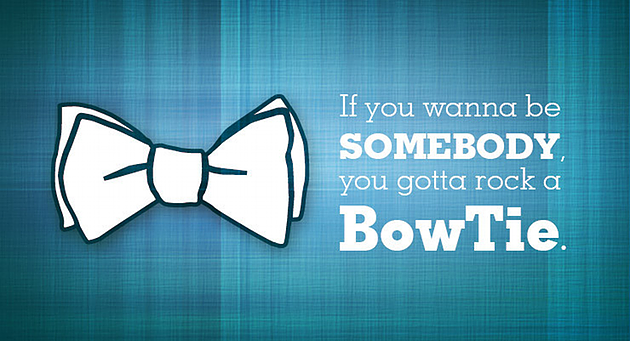 Step one:  Patience.  When I first started networking it took almost a year to see the fruits of my labor.  I can still remember the first deal I closed from networking and the rush it gave me to know that I built enough trust in someone for them to recommend me to a friend.  It was a small deal but it was my deal.  Similarly, a bow tie takes a lot of patience.  The first time I bought one I stood in Younkers with a very close friend for almost an hour replaying a YouTube clip over and over until I got tied around my neck.  Looking back on it now, it was really a terrible tie job but I got it done.  Now I can tie a bow tie in less than thirty seconds and I can rely on my network for almost any need that arises.

Step two:  Getting over nerves.  Let’s face it, there are very few people who can honestly say they enjoy walking into a room of strangers and meeting new people.  In fact, public speaking out ranks death as most people’s number one fear.  Networking is nerve racking, even for most seasoned pros.  Wearing a bow tie in public for the first time triggers those same nerves.  The easiest way to get over them?  Dive in headfirst and don’t look back.  Take the risk, walk up to a stranger and say hi.  Wear that bow tie with pride for the entire world to see.

Step three:  Realizing both get easier with time.  As I eluded in the first step, tying a bow tie has gotten pretty easy.  The same can be said, albeit to a lesser extent, for networking.  I’m still more nervous networking than I am tying a bow tie or wearing it in public, but it has gotten easier.  The simple fact is everything will get easier with practice.  I’ve learned to suppress the nerves, or ignore them all together, because I now realize that most people attending an event are just as nervous as I am.

There you have it, how good networking is like wearing a bow tie.  Sure it’s a stretch but just remember with a little patience, some practice, and diving in headfirst anyone can learn to tie a bow tie or be great at networking.