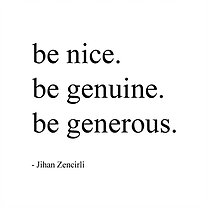 A few years ago I was attending a networking dinner.  It was a typical event where everyone mingles for a happy hour and gradually takes a seat so the staff can take orders.  I found myself sitting next to someone I didn’t know.  We started the usual small talk, “Where are you from?”  “What do you do?” and so on.  It turned out he owned his own business in telephone lines.  I tried asking some good questions to get him to talk about what he did but the responses all seemed to be one-word answers.  After fifteen minutes I was bored and convinced that this person just couldn’t hold a conversation.  I turned to the person on my other side and promptly forgot everything I had been discussing prior.

About six month later I found myself at another event with the same telephone line guy.  We exchanged greetings and I made sure to sit at another table.  One of my friends ended up sitting next to him.  The evening went on and I occasionally glanced at their table.  It struck me by how engaged she was in conversation.  They were exchanging stories, she laughed, he laughed.  It was completely opposite from the experience I had six month earlier.

The biggest difference from her approach and mine was genuineness.  She was genuinely interested in what the telephone guy was saying.  I was trying to cover the basics, expecting him to just open like a book.  I wasn’t actually interested in what he was saying and he could tell.  That’s why every question received the shortest answer possible.  She cared, I didn’t.  She had a conversation and learned something.  I got frustrated and gave up.

I followed up with telephone guy and asked for a one on one meeting the following week.  We had a great conversation and I learned so much more about who he is and what he does.  We’ve even done business together.  Everyone has a story.  Everyone has something they want to share.  Something you can learn.  It’s up to you to find that story and to have those great conversations.  Be in the moment and be genuine.