Women and Networking - What is Networking? Part 2 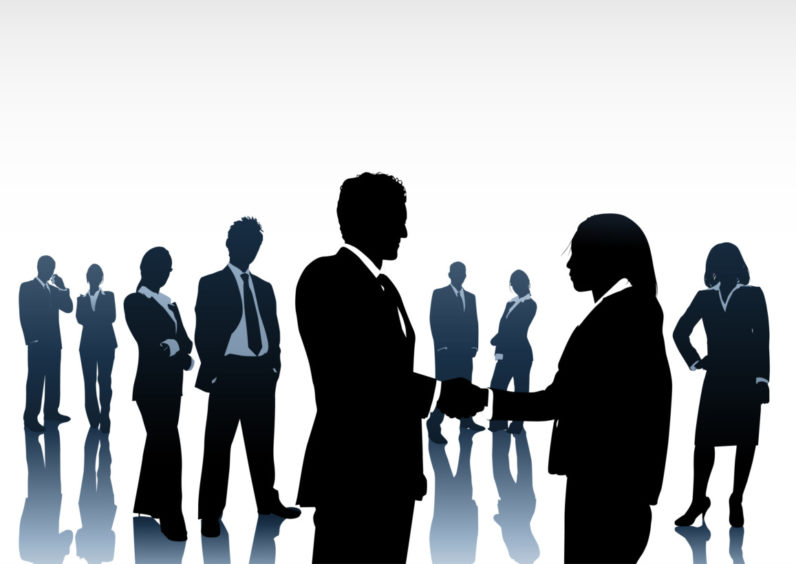 Our conversation on networking had taken a very different turn than I was expecting when Erin and I had originally sat down – if you missed that blog, check it out here.  Erin had already opened my eyes to some new realizations, but our conversation hadn’t ended.  As promised, here is the continuation of that conversation…

Erin:  But here’s the thing, Danny.  I think it’s good that these groups are being created and exist and I think they serve a very needed purpose, but I’m not sure they are the only solution.

Danny:  Interesting.  With the frequency in which these female only networking groups are being created and by how much attention they are receiving, I would have thought that they were the perfect solution to what you were alluding to earlier.  Tell me more.

E:  As I said, women need a core female network as women tend to look at situations and scenarios differently than our male counterparts.  Having a female network that provides understanding, empathy, and problem solving is imperative.   They allow for a safe space for ideas to be shared and business to be done.  But they also create a vacuum.  They create a place that has existed for men for years, yes I’m not going to argue that point. Men have been at the forefront of business and the gatekeepers of senior leadership positions. Women want those same senior leadership opportunities but don’t always know how to navigate how to get there. Rather, women believe that their time spent working twice as hard is better than engaging in networking. Therefore, what is truly lacking is a network that fosters inclusivity of thought and background where women feel like men value them. What I really want, and what a lot of my female friends want, is just a seat at the table.

D:  Wait, so even though these groups – LEAP, Lead Like a Lady, and the others, are being created and having a ton of success, you would rather just have a group of people you trust to network with, no matter the sex?

E:  That’s the last point I want to cover and I was really hoping you would lead me up to it.  The final piece that is missing for most women is simply the bias they live in.

E:  Yeah Danny.  The bias that we all live with.  Men, women, all of us.  I’ve been doing some research (additional information available here and here) and what I deal with can be shown in studies and articles.  Women still don’t have the same opportunities because in most of society it is still our role to take care of the home, to be there when the kids get home, to prep and make sure dinner is on the table, and everything is ready for the next day.

D:  Well yeah, I understand that but I definitely think that’s changing.  Women are more active in the workplace than any other time in history.  Glass ceilings are being broken, granted not everywhere yet, but they are coming down.  I guess I’d like to think that those barriers should be coming down?

E:  Okay, so tell me.  What would happen if you texted your wife and told her you were going to the bar for a client meeting or you had to stay late at work?

D:  As long as there wasn’t something pressing already on the calendar, she would be okay with it and I would go.

E:  Now, what would happen if she did the same?

Again, I sat in silence for a bit.  Of course, Erin was right.  I’ve had this situation come up multiple times and, while I’ve usually been able to accommodate such meetings, I would be lying if I didn’t admit that it was usually begrudgingly.  It’s 2019 and the bias still exist.  I’ve read all of the feel good articles, along with the not so feel good articles, that talk about the growth that has happened in the business culture recently for women.  And yet, here I sit, annoyed whenever I have to be the one who picks up the kids after school without warning.

The solution?  There really isn’t a good/easy answer at this point.  Erin and I continued talking because as I’ve been doing these blogs I always try to end with some sort of advice, next step, or a solution.  This one left me scratching my head.  What could we do with such an invasive problem?  Again, Erin’s advice was pretty simple.

Erin:  I don’t have the answer to this one, Danny.  But I have a step.  I simply hope we can start to acknowledge it.  Can we agree to acknowledge the bias exists and can we, or you, or anyone reading this post try to be more inclusive as you move forward in your day-to-day activities?  If you have a golf outing, make sure you consider bringing a female along.  When you enter a room, don’t spend the entire time only talking to guys who looks like you.  Get outside of your own bias and take it the next step.  Instead of only trying to talk to someone who looks different than you, actually bring a women with you to your networking events.  From there, help create a space where men are developing a mentoring relationship to help women navigate the business world and for women to have the courage to have open communication around realistic expectations within the work place. Learn from them, help them if you’re able, and expand your own connections.  Isn’t that what you enjoy doing the most and tell everyone they should practice anyway?

It is, Erin.  It most definitely is.