Get an Idea Brother 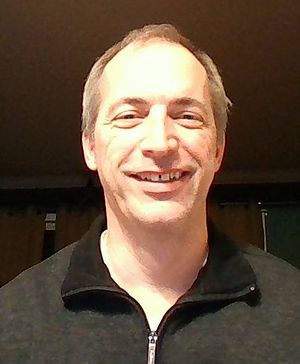 So you have a great idea for some new thing?  Everybody will love it right?  Maybe it's been bouncing around in your head for a while now and has not gotten any traction.  And maybe lately every time you think about it, you are only able to tweak the original idea because you've run out of steam.  Or worse, it has morphed to the point where it is out of your area of expertise.

This virtual stand-still has left you wondering if it's time to add to the team.  But how do find the right person for the job that's not a job and must love it and hold its hand as much as you?  When I was younger, I was able to find a natural "idea brother" cohort with very little effort because we were co-workers.  My friend Dave was like a brother to me.  He and I were in the Air Force and went to Saudi Arabia during the first gulf war together.  We did nearly everything together.  Even years after I moved back to Iowa, I knew I could call him up and throw an idea at him without fear of what he would do with it when I wasn't looking.  I know if he were alive today, he would be the first on any new idea band wagon I was pushing down the street.  I have been looking for another cohort like him for years.

Maybe this is your scenario too... or very similar.  I think the secret to becoming a happy and successful serial entrepreneur idea person is to find an idea brother (or sister).  Because let's face it, you may believe you have the next best thing to sliced bread, but it sure would be nice to hear those same words from a trusted friend before you reveal it to the world and find out nobody wanted their bread sliced that way.  And it's just a wild guess here plus a little bit of experience, but the idea brother is not likely to be a relative.  They probably already know your crazy ideas anyway.

So how do you find them?  Craigslist.  Just kidding.  Quite possibly networking is your best bet.  But if you are like me, you want/need to do it on the sly because you don't want just anyone that happens to like your idea.  You may not even want a business partner on the final product.  You want someone who shares similar brain waves!  Someone that jives with almost everything you say.  Anything less, and you are just co-workers.

So get out and meet new people and when you reveal little bits and pieces of your idea without saying too much, watch the expressions of those around you. You should be able to judge how far you can take the conversation.  Since I want to own a space-themed business, I like to wear one of my alien shirts as a conversation starter.  It embarrasses the heck out of my wife too so there's a little bonus!  My favorite has a large alien face on the front and the text says, 'I wouldn't be caught dead in New Mexico' (some of you are smiling right now at the reference).

Bill Claman was born and raised in central Iowa.  He currently works in IT doing document management as a contract position for the state of Iowa Judicial Branch.    He also has many side projects going including real estate investing – MothershipProperties.com, AdvoCare – DoGreater.com and owns several domains for future projects.  Bill attended a variety of colleges and universities including Iowa State University and NEC where he got his EET degree.  He is a proud veteran of the US Air Force and lives in central Iowa with his wife and four kids.